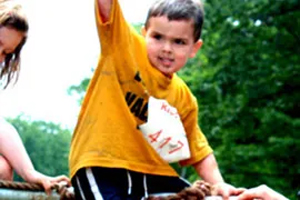 On March 30, 2011 my then 2 year old son fell out of a second story window onto the driveway below. He was to be flown by medivac helicopter to Morristown Medical Center where he was examined by Dr. Mazzola. She performed emergency surgery to stop multiple bleeds in his brain, and repair his crushed skull. This was, by far, the worst day of our family’s life. After almost 10 days in an induced coma, and months of therapy, our ending is a happy one. This is because Dr. Mazzola and her incredible team saved not only Jack’s life, but they saved my son. He is the same happy, athletic, well spoken boy he was before this accident. This is truly remarkable, and the most we could ever ask for. We are forever grateful to Dr. Mazzola for the gift she has given us. 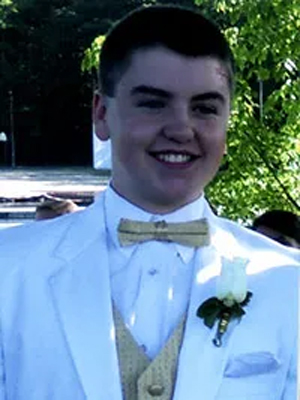 On April 22, 2012, we got the call that no parent ever wants to get. it was the police department telling us we needed to go to the hospital because our son had been in a car accident. My husband has been a fireman and first responder for more than 25 years and often has to respond to accident calls in the middle of the night. To say it’s different when it’s your own child is an understatement.

We quickly learned that our son Michael had sustained a very serious head injury and would need to be rushed to the trauma unit at Morristown Memorial Hospital. His injury included a compressed skull fracture and his brain had actually shifted in his head due to the trauma of the accident. We were advised that he would need immediate surgery. It was very apparent to us just how serious the situation was based on the reactions of everyone involved. We were told that Michael would be in the best hands possible as Dr. Mazzola was on her way. Several folk at the hospital told us “don’t worry she is the best.” We found out later that, once again, this was a major understatement.

We met Dr. Mazzola as our son was being wheeled into surgery. She was reviewing his CT scan and she called us over to the screen and explained to us what had happened to Michael’s brain and what needed to be done to repair it. She had to advise us of all the potential outcomes based on the severity of his injuries, and the possible outcomes he might face, even if the surgery was successful, As parents we flash back often to that night and one of the things we remember is the calm that Dr. Mazzola provided and the compassion as to what we as parents were facing. Her confidence and demeanor were very reassuring to us as we faced an agonizing couple of hours waiting for Mike to come out of surgery. We will never forget that conversation. Dr. Mazzola truly made us feel that she cared and would do all she could for our son.

Thankfully Michael’s recovery has been nothing short of miraculous and we will be forever grateful to Dr. Mazzola and her team. Mike has a few scars, but otherwise is the same quick witted, charming teenager as before, if not a bit more appreciative. We all are. The doctors made a point of impressing upon Mike just how lucky he was to walk away from this type of injury, and how different things could have been.

Mike is now in his senior year of high school and looking at colleges. This experience has been a life changer for our family. Not a day goes by that we don’t look back and say a little prayer of thanks. The care that Michael received, and not just him, but all of us, was exceptional. Dr. Mazzola and her team, and all of the staff at the Goryeb Children’s Hospital made this incredibly stressful experience bearable. Perhaps one day the knot in our stomachs will subside, but we will never forget, or fail to appreciate, the wonderful staff in Morristown who brought us through this in such a caring & positive way.